PLUS SIZE FASHION: (BEHIND THE SCENES) ERZULLIE PRE-HOLIDAY/ANNIVERSARY 2013 PHOTO SHOOT 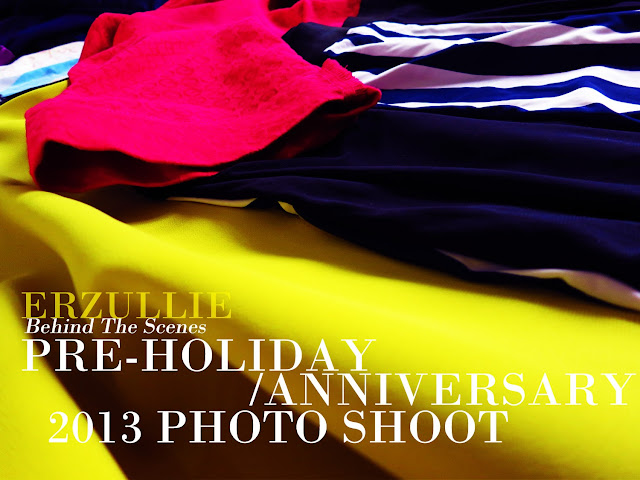 Finally, we are about to release the behind the scenes (BTS) photos of the Erzullie Pre-Holiday/Anniversary 2013 photo shoot. It happened last Saturday, July 20, 2013 at the Rouge Studio, Ortigas Center, Pasig City. The photographer is Mark Alvarez, Hair Stylist is Apple Pueblo while the make up was done by Azaza Rodriguez. The general styling and direction of the Pre-Holiday 2013 collection was done by Berna Cuevas, while for the direction of the Anniversary shoot, it was me! (Aries here). The models present were our Erzullie Icons, Kat Catapia, Audrey Lee, Loren Monares and Kat Lopez. We also had a male model present Mr. Michael Keh.

We would like to thank all the well wishes and great vibes that you girls have given us that weekend. I must admit, we were a little bit nervous but the energy of the shoot was really different. It was really fierce and awesome. We are happy that we are able to pull this one off.

Hope you girls would love the results of our effort. Anyway, ch-ch-check the photos out!