PLUS SIZE FASHION: THEN AND NOW II 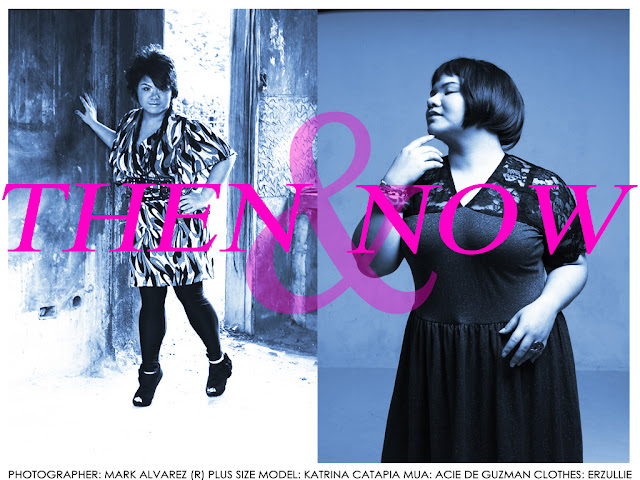 As we have mentioned before, we will be posting some "Then and Now" editorials. For a little history, it's basically about us just looking back to how far we have changed for the better.

Also, it's to remind the rest of the Erzulliestas that tend to work too hard and forget to give themselves some credit for doing so, to actually take a seat and relax for a moment. Bask in the glory that is the great "YOU". You may not turn out exactly as how you want it to be --- we can't all be celebrities, moguls and so on --- but if you look at it, chances are you are better off now than you were before.

Just like our plus size model, Katrina Catapia. To be honest, this editorial is not much about her change. You see, Kat (as we call her) has always been confident and bubbly. Her modeling skills have constantly improved and surprised us each and every photo shoot. So what's the change here? Well, the way that we did our photos.

Our photos before were more wild and uncontrolled. Our first photo shoot was in an abandoned house! Ha! We aimed to shock everyone that would see the photos (in a good way of course). But as of now, we have transferred to a studio and the image of Erzullie has evolved to fierce sophisticated.

You can definitely see it with Katrina Catapia's photos --- the image of Erzullie, although has remained fierce, has definitely evolved in definition. From making noises for plus size fashion that shocks people to the creation of "ooohs and aaaahhhs" from the people who see it.

We have gone a long way.

You have too. Think about it.