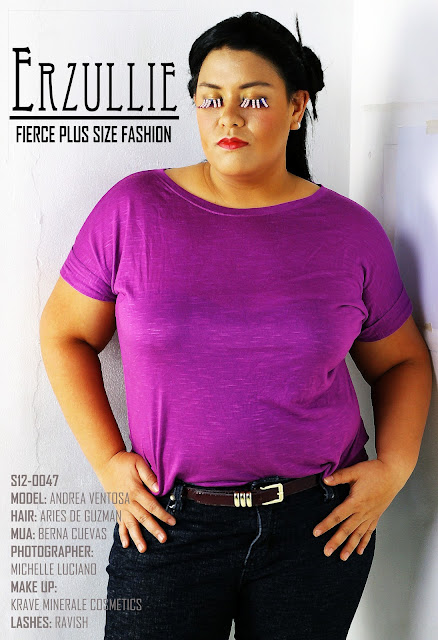 Before the day ends, we would like to greet Erzullie Icon and Plus Size Model, Andrea Ventosa, a very HAPPY BIRTHDAY! Shine on, Erzulliesta!

Email ThisBlogThis!Share to TwitterShare to FacebookShare to Pinterest
Labels: ERZULLIE, PLUS SIZE, PLUS SIZE FASHION, PLUS SIZE MODEL

PLUS SIZE FASHION: GELLEESH.COM PROMOTES ERZULLIE POP SHOP ON MAY 2013! 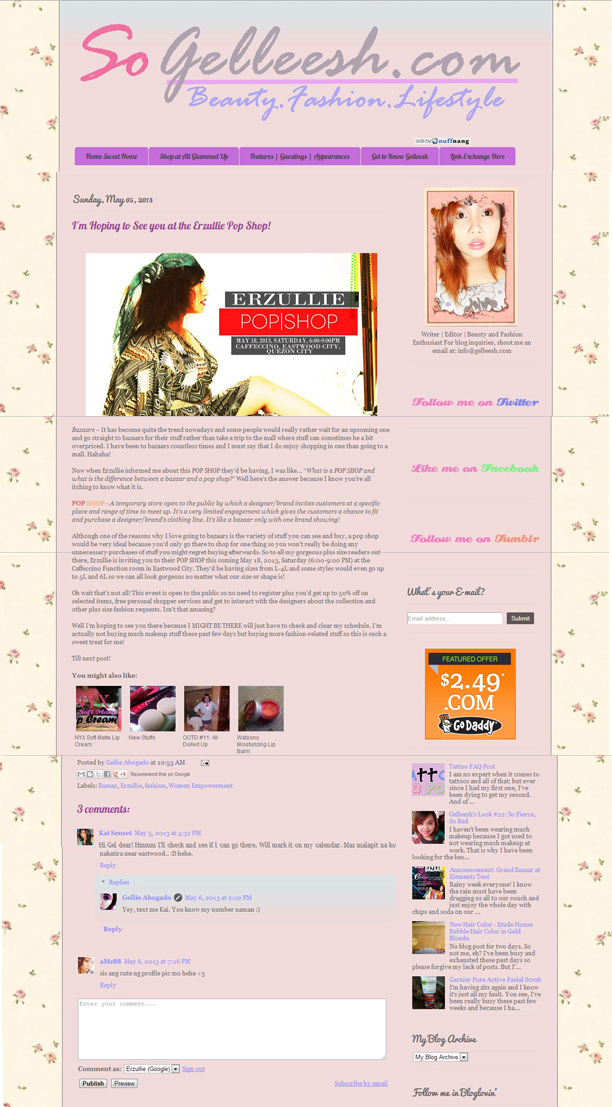 We would like to thank the beautiful Ms. Gellie Abogado of Gelleesh.com for promoting the Erzullie Pop Shop on May 18, 2013, Saturday (6:00pm-9:00pm), at the Caffeccino Function room, Caffeccino, Eastwood City, Quezon City.

Want to go? Here's the map to the place: 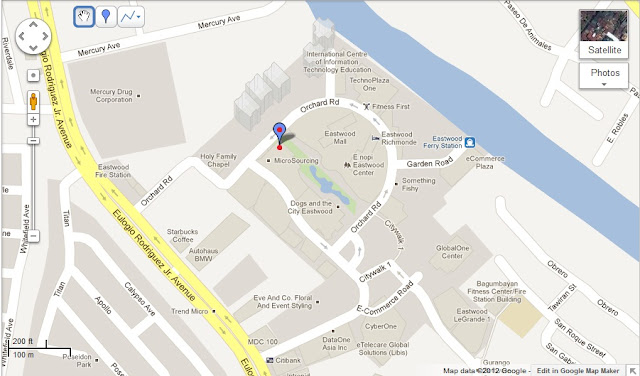 PLUS SIZE OPINION: SHOULD WE CARE ABOUT WHAT THE CEO OF ABERCROMBIE & FITCH THINKS ABOUT BEAUTY? 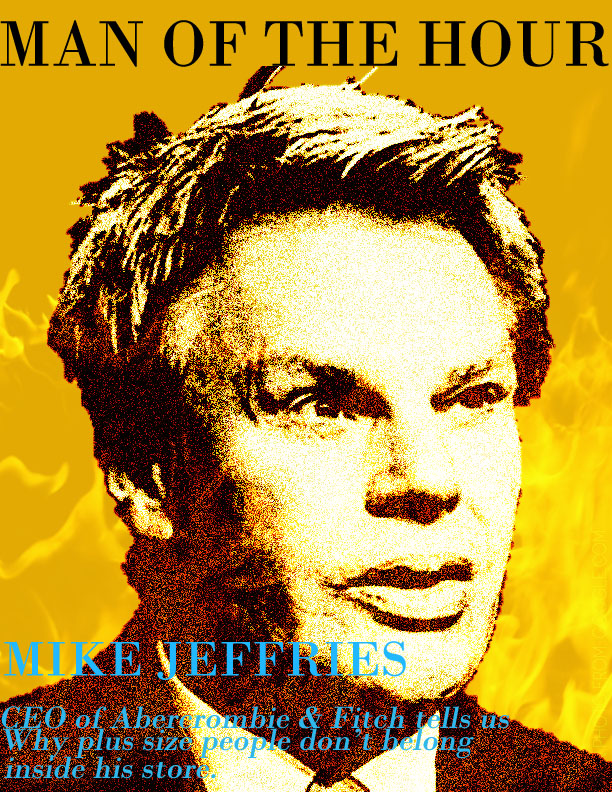 Recently, one of our sisters in fashion (Erzulliesta), April Perez, tweeted me about this article of the Abercrombie & Fitch CEO, Mike Jeffries, explaining why the brand does not carry plus size sizes, (Thank you, Erzulliesta!) asking my take on the matter. My initial reaction is: "Wow, this guy just screwed his business over, but it's actually a great tactic on his part. It has been a while since Abercrombie & Fitch was on the news or a song." But I am a type of person that does not want to judge so much, so I just tweeted back saying, "Oooh! I like this! I will comment on this later hehe ty for sharing!" I really was grateful. I needed a topic for opinion this week and well, this is the perfect fit.

To give you a short gist of it this is basically what he said and "probably" what the general plus size community is angry about: 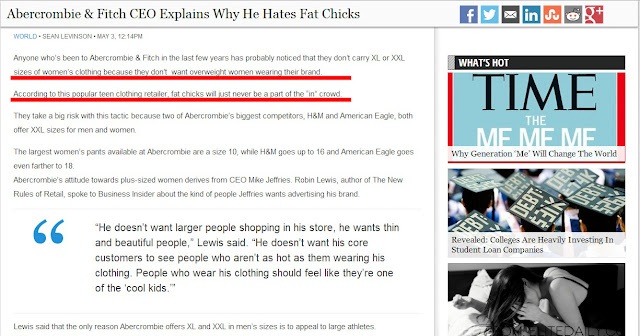 I actually waited for Tuesday because I always love things to develop before I say my piece. After all, maybe he was misheard or misquoted etc. But as time flew by, it just exploded around the internet. I saw it in 9gag, Facebook, Tumblr, Twitter etc. majority of it are now just making fun of the CEO for his own looks and it seems like he is compensating for something. 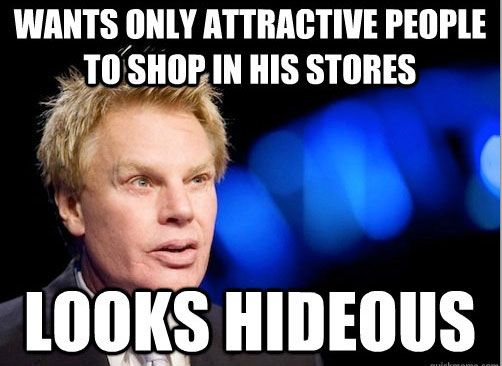 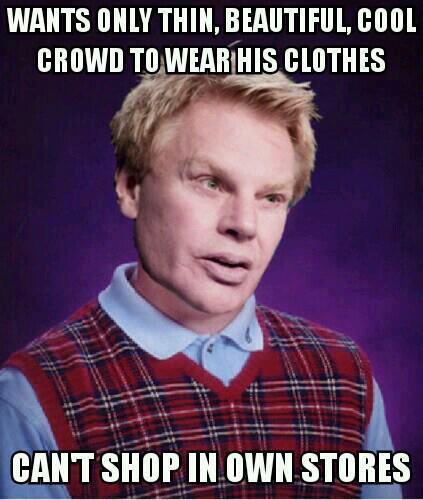 Also, so far, there was no retraction or apologies. So it seems like he was serious with what he said. Well the plus size community is serious as well. Majority of the community is mad as hell, while some are just laughing it off, mainly because of well... see the photos above.

In the hurricane of all the hurt feelings and the hilarity that people's creativity has spawned, the real issue here, I think, is that should we still care about what this man thinks? He is just one man among many others, I suppose, who just screwed himself and his business over the internet because of what he thinks is the best thing to do. Karl Lagerfield, the eccentric designer of Chanel, also said the same thing, and to the dismay of many, at the end of the day, people just moved on.

It's not because it's not important to push the idea that beauty is in everybody, but because we, the plus size community, knows what is really important --- our own view. So if Mike Jeffries want to declare that he doesn't like fat people wearing his clothes because it would be detrimental to his brand, then by all means, he can do it. No one cares in our community anyway. We have Anna Scholz, Monif C., Forever 21, H&M, Erzullie (ahem, ahem!) and all these fabulous plus size fashion lines/boutiques/online shops popping up, so we have other things to attend to and celebrate.

Sucks for him. We are a very huge market to catch and the majority of us, at least in my point of view, are fashion hungry.

Email ThisBlogThis!Share to TwitterShare to FacebookShare to Pinterest
Labels: ERZULLIE, PLUS SIZE, PLUS SIZE FASHION, THE ERZULLIESTA

PLUS SIZE FASHION: ERZULLIE MAY 2013 POP SHOP THIS WEEKEND! 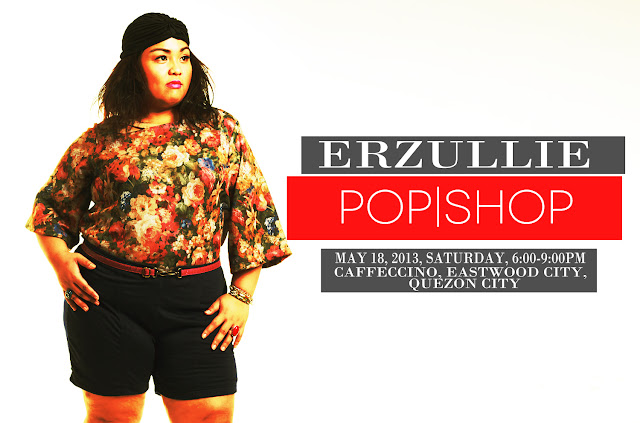 It's a thrilling Tuesday, Erzulliestas!

Well, for those who are feeling the blues, then here is something to brighten up your day. This weekend is the Erzullie Pop Shop! Remember to be there on May 18, 2013, Saturday (6:00-9:00pm) at the Caffeccino Function Room, Caffeccino, Eastwood City, Quezon City! Enjoy discounts, personal shopper service and of course, chatting with the designers!

We are really looking forward to seeing all of you girls again!