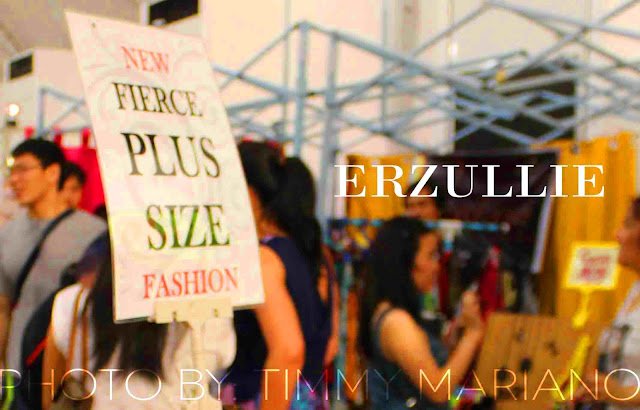 As part of being Erzullie’s Fashion Intern was to be one of the Personal Shoppers in the Super Sale bazaar, held last March 1-3 at the World Trade Center.

I got to be part of the ingress and the egress of which, by the way, is no stroll in the park. To those who are a regular visitor of the Supersale bazaar, you know how cold it gets inside the bazaar. But I’ll tell you, being part of the ingress is nowhere near cold! I should have listened to Ms. Berna and worn something comfortable. Ingress & Egress=Free workout!! (pambawi sa pinagkakain sa bazaar. Haha!) 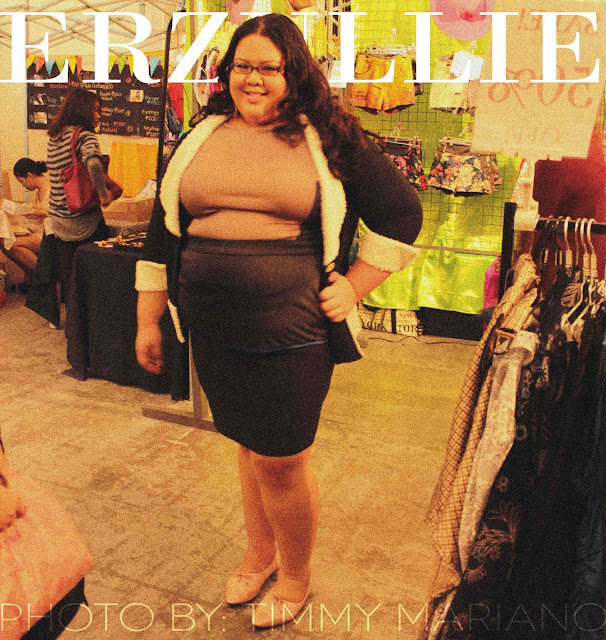 I wasn’t able to join Ms. Berna and Ms. Marian on the first day of the bazaar because I was  preparing for our finals, so for those Erzulliestas that I didn’t get to meet..Sayang! maybe we’ll meet some other time- Yes?

On the next day of the bazaar, I joined Ms. Berna and Ms. Apple. They taught me the basics about being a personal shopper and how to properly approach potential customers. (Yes, there is a proper way to do that). 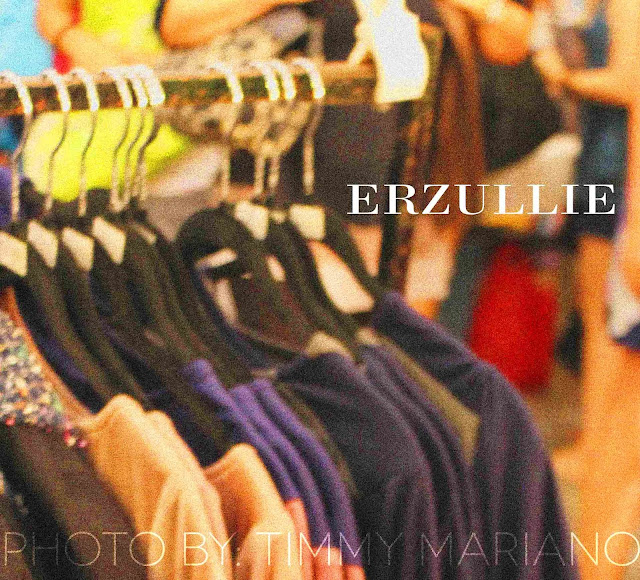 When I was good to go, I was told to approach my very first customer. I was super nervous and my voice was really shaky, good thing she still understood what I was saying. I assisted her by assessing what she was wearing, her body type and for what occasion she was buying her. She kept on disapproving the ones I was trying to hand to her! (It was actually more of my fault because I didn’t asses her correctly) I felt fretful that she was going to leave; but, after numerous tries of attempting to style her, she finally gave in and tried one of our blouses from the 2013 Corporate collection.

As soon as she went out of the dressing room, the scoop neck blouse was perfect on her. She agreed to try on the next thing that I handed to her – The black blazer with blue detail, also from the same collection, both fitted perfectly. The highlight of my day is when She agreed to buy both! I don’t know how to describe how I felt that time (parang na in-love ba ), It just felt really amazing.. 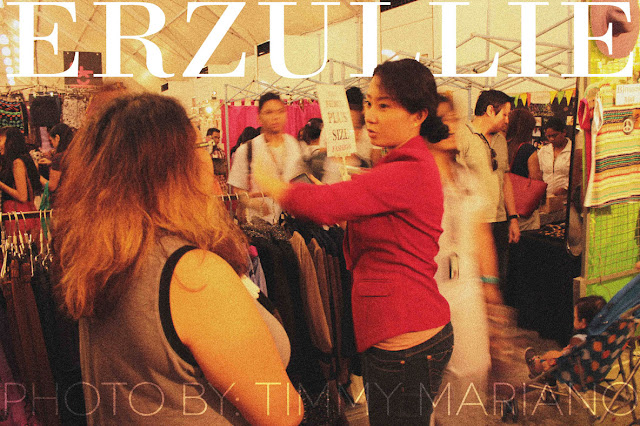 On the last day of the bazaar Ms. Aries, Ms. Berna and I were the ones in the booth. Ms.Aries and I were the Personal Shoppers for the day. They taught me more on how to do my job and how to assist the customers. I got to personally meet more Erzulliestas and models that visited our booth. Thank you! Seeing you guys really inspired me to better pursue what I’m doing. I’m very thankful for all feedback you guys have given me. I hope to see you guys again really soon.

PLUS SIZE FASHION: WHO ARE THE 'ERZULLIESTAS'? 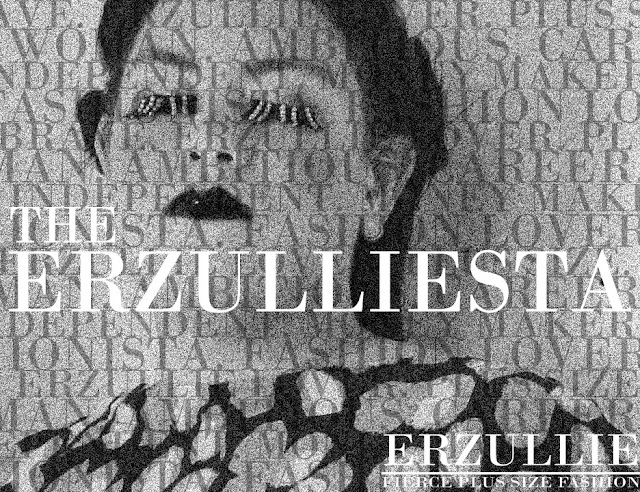 Recently, if you Google "Erzullie" you will actually see this...

It seems like people have been googling what an "erzulliesta" or "erzulliestas" mean. I remember one customer of mine asking me if it's a sorority and if it is, how can she join? That actually made me giggle.

To be honest, an Erzulliesta is basically what I call the customer/supporter of Erzullie. She is basically the woman that Berna and I design for. She's independent, in all sense of the world, a mind of her own, social, fun, active, fierce and a fashion lover. It actually got elevated and cemented when models, Andrea Ventosa, Loren Monares and Karen Diokno became our models. When I was interviewing them for being a plus size model. I remember that their answer was that they were always big but never saw themselves as one. In a general sense, they actually mean that they were just plus size women who are just the same as other women. It just so happens that they saw Erzullie and they like it. It was at that moment that I knew that --- hey these are my kind of plus size women.

Of course, I could  not deny the fact that my past models --- Katrina Catapia, Jaye Querubin, Kristel Ocampo, Marian Beltran, Jhaki David, Khriselda Guarin and Caroline Perla --- also helped us determine who are the Erzulliestas. All of these women actually helped us define who the Erzulliesta is little by little.

In addition to that, as years have passed, the women that I have crossed paths with because of the brand helped me define who the Erzulliesta is. Here are some of the women that really helped shaped the brand (at least for me):

1. Rocky Lim. I can't deny the fact that this woman really --- as in really shaped the brand. When I met Ms. Rocky, I have never met a woman who absolutely has an unspoken authoritative presence. At first, I was a little scared of her but I have realized it's because she's really that powerful. In fact, and this is true --- the reason that there is CORPORATE 2013 is because she was the first woman that actually told us to make one. I couldn't agree more.

2. Azaza Rodriguez. Yes. Our Make Up Arist. However, before she actually became a make-up artist, she was our customer then very close friend. I absolutely love and adore this woman because I must admit, I have learned a lot about fashion because of her. The conversations that we would have at the bazaar about fashion and make up really opened my eyes, not only as a woman, but to the fact that an Erzulliesta is very intellectual even when it comes to fashion.

3. The two sisters. I apologize but I am bad with names however, they know who they are. They are actually 2 sisters that would always buy in our Erzullie events. Both of them are career women and I love their general aura because they are my kind of customers. They are financially independent and they really have their own lives. They taught me that Erzulliestas are financially capable (even going to independent).

Again, these are just some. All of my customers actually helped me define who the Erzulliesta is. That is why, when I design, I always think of where would they be and what event they were going to. It was becoming easier for me to create a story for them and a collection in the process.

So, who are the Erzulliestas? The women who support/love/bought Erzullie. Women who loves and adores fierce plus size fashion. Just so you know girls, we love you. We exist because of you girls and we are thankful for it.