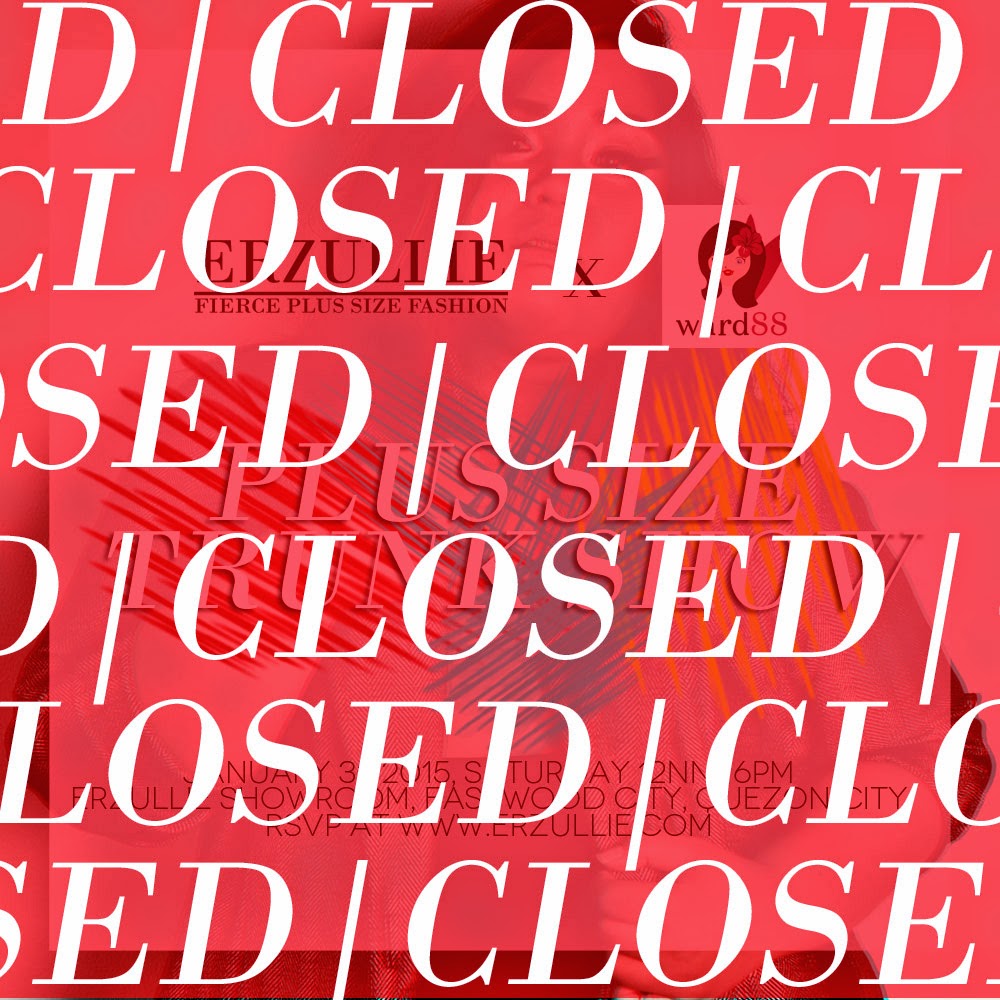 We would like to thank all of the Erzulliestas that registered for the Erzullie X Ward88 Plus Size Trunk Show this coming Saturday, January 31, 2015, 12NN-6PM at the Erzullie Showroom, Legrand II, Eastwood City, Quezon City.

Get your curves, cards and cash ready! It’s on! 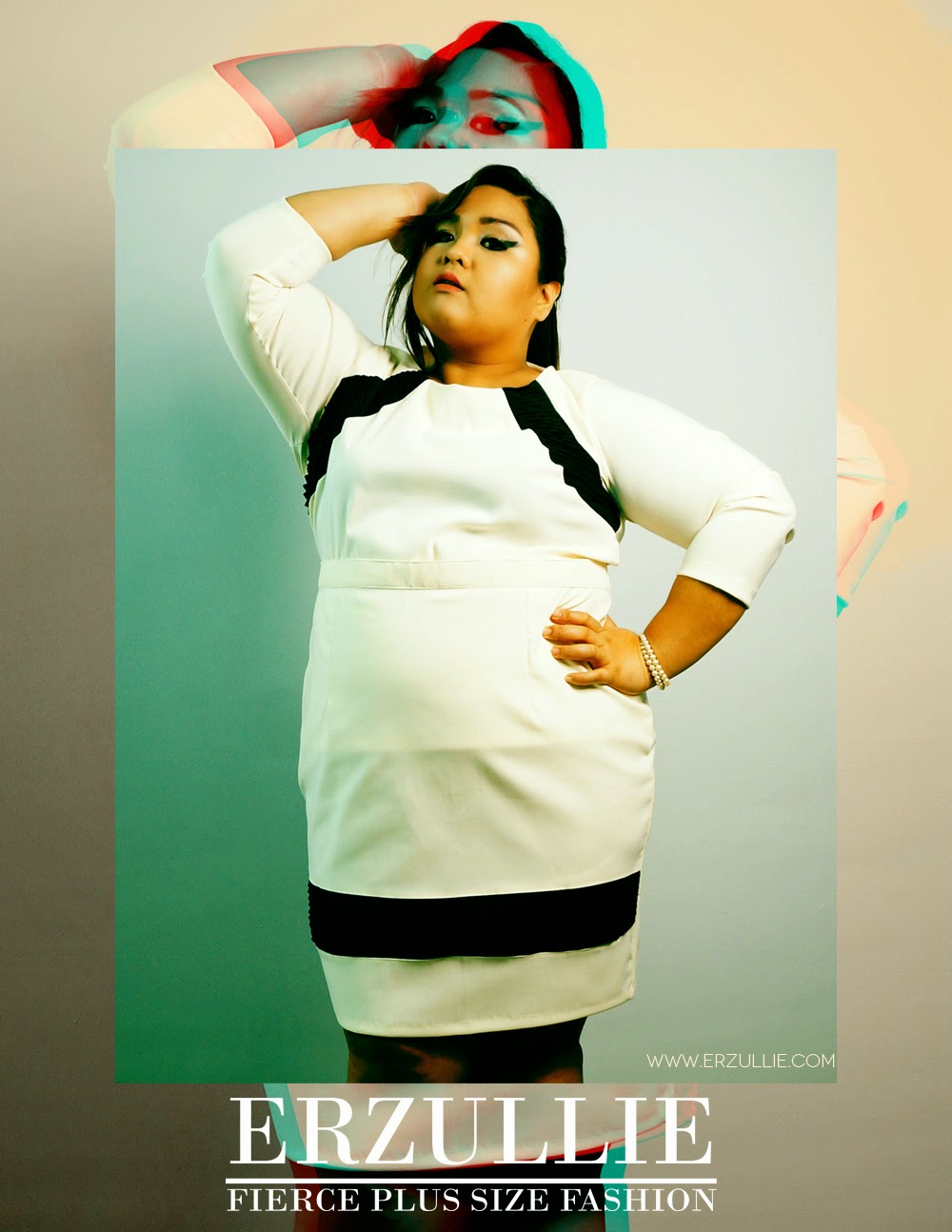 They say white is one of the most unforgiving colors. Well, we are pretty sure that Erzulliestas can rock it nice and hot! Check out Look 2 of Erzullie’ Corporate 2015 collection. The top and skirt combo is available at the Erzullie Showroom, Legrand II, Eastwood City, Quezon City. Book your appointment now:

PLUS SIZE POWER: GELLIE ABOGADO | “LOVE AT THE END OF THE DATING TUNNEL” 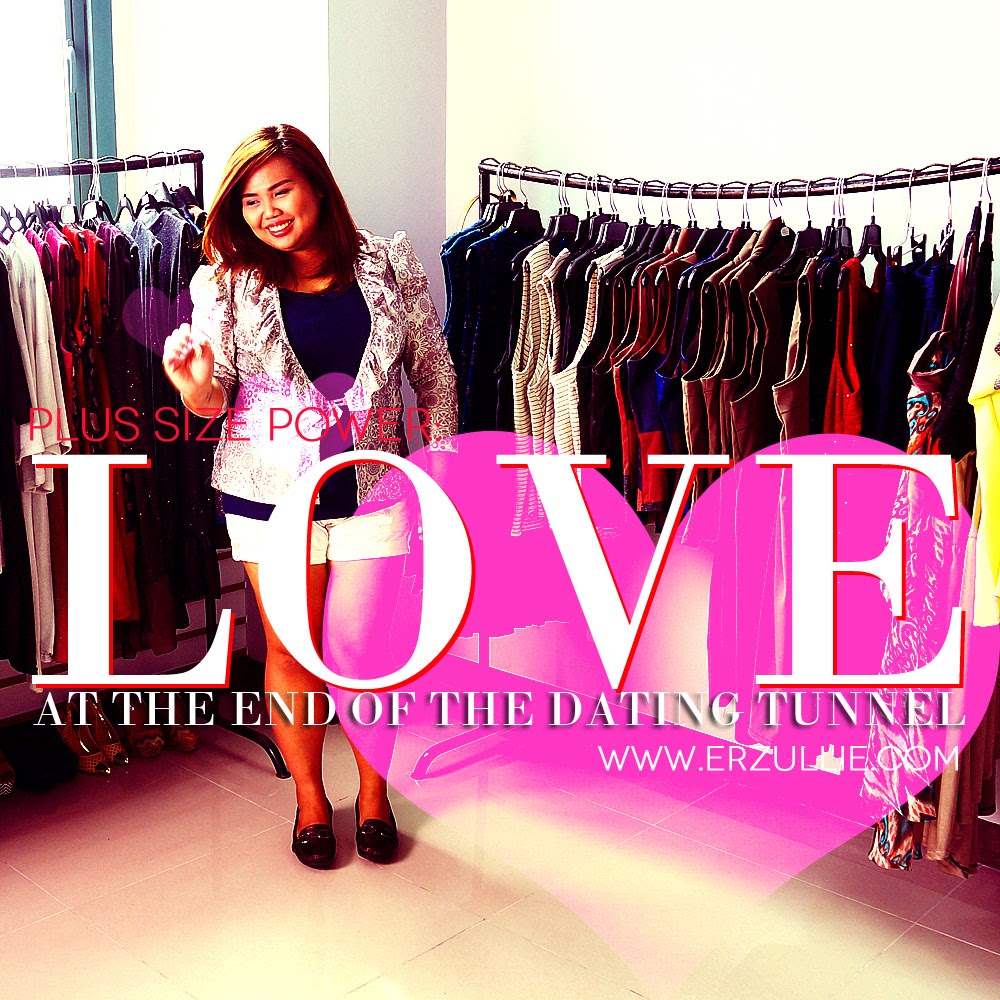 It has been a while since we have heard from Erzulliesta Gellie Abogado. Her last interview was about her dating life and for everyone who is curious on whether or not she is successful, here is her answer.

#1 So what did happen after the interview?

After the interview, I still dated a few guys casually. I also had an "almost boyfriend" as well, but I had to leave that unhealthy relationship because I could never accept a guy who would tell me, "...But I'm not yet ready for a commitment." I just felt that the reason why he isn't ready to commit yet is because I am simply just not the one. I had to end it.

Although, it did break his heart and then he told me that he was ready to commit when I ended things, I know it was for the best. I wouldn't want someone indecisive and I know that it could have been just an initial emotional reaction because someone, who has been a part of his life, is about to leave.

#2 What a strong approach to the situation! But right now, you have reached the end of the dating tunnel, how did it happen and how is it so far? 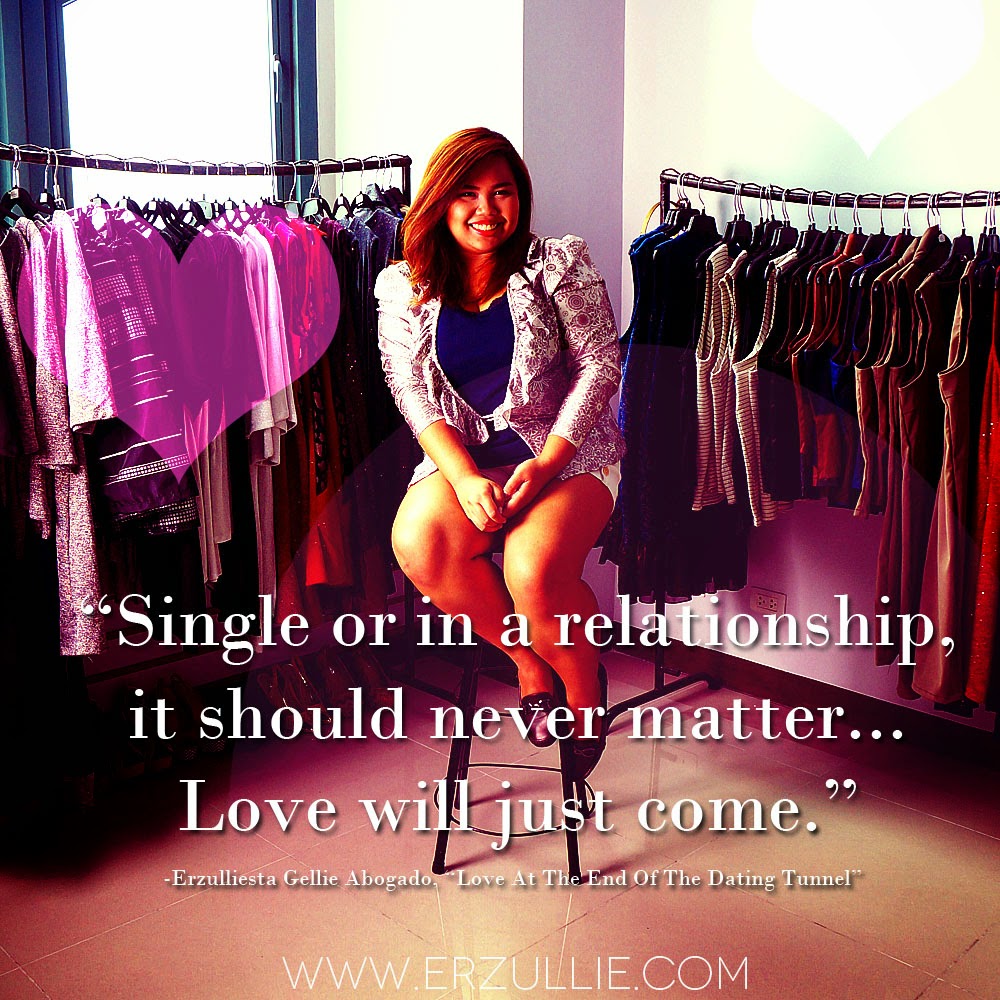 First off, single or in a relationship, it should never matter. It is important that you have your own dreams and focus more on making it a reality; because love, will just come. You don't need to throw yourself out there but at the same time, don't shut yourself in.

And even though there is a saying that falling in love just happens, we can always filter who we date so we won't fall in love with the wrong person. I know what I want in a man - smart and as or more driven than I am, and so I never dated someone less than that.

And viola! I met him online! Initially, we were just friends as I was still dating the "almost boyfriend" when we were talking. We would just hangout to talk about, mostly, politics and social issues. Then one night, while we were out, we just felt that spark and he asked me, "can I kiss you?" I just nodded and it started there.

I guess, in a way, he has made my life more fun and exciting. We've planned more travels together, food trips are endless, and now there is someone whom I can talk to when I'd want to rant about people, work and whatnot.

In terms of style, my boyfri-partner loved me just the way I am and he told me that if I want to change something about how I look or how I dress myself up, it's because I wanted to and not because he wanted me to.

#3 What do you love most about the relationship? 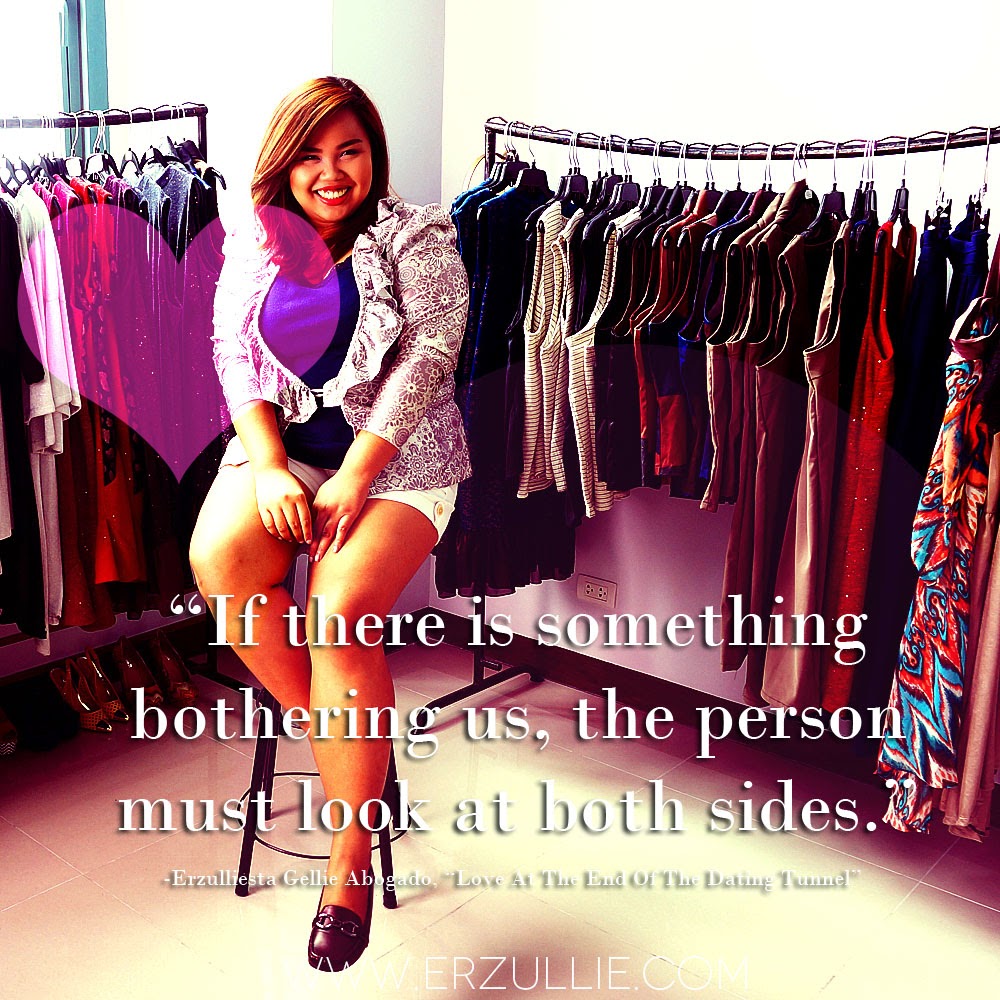 I love that we are both grounded, dreamers, visionaries, ambitious, and driven. When we entered this relationship, it was clear that we will never complete each other. We were already complete even before we met.

If there is something bothering us, the person should look at both sides of the coin, assess, and know that in argument, there will always be pros and cons and we should learn to admit our mistake and talk out how we can compromise and make things work. It also helps that we're both busy people so there was never a clingy one in us.

#4 Any challenges that you have faced recently? 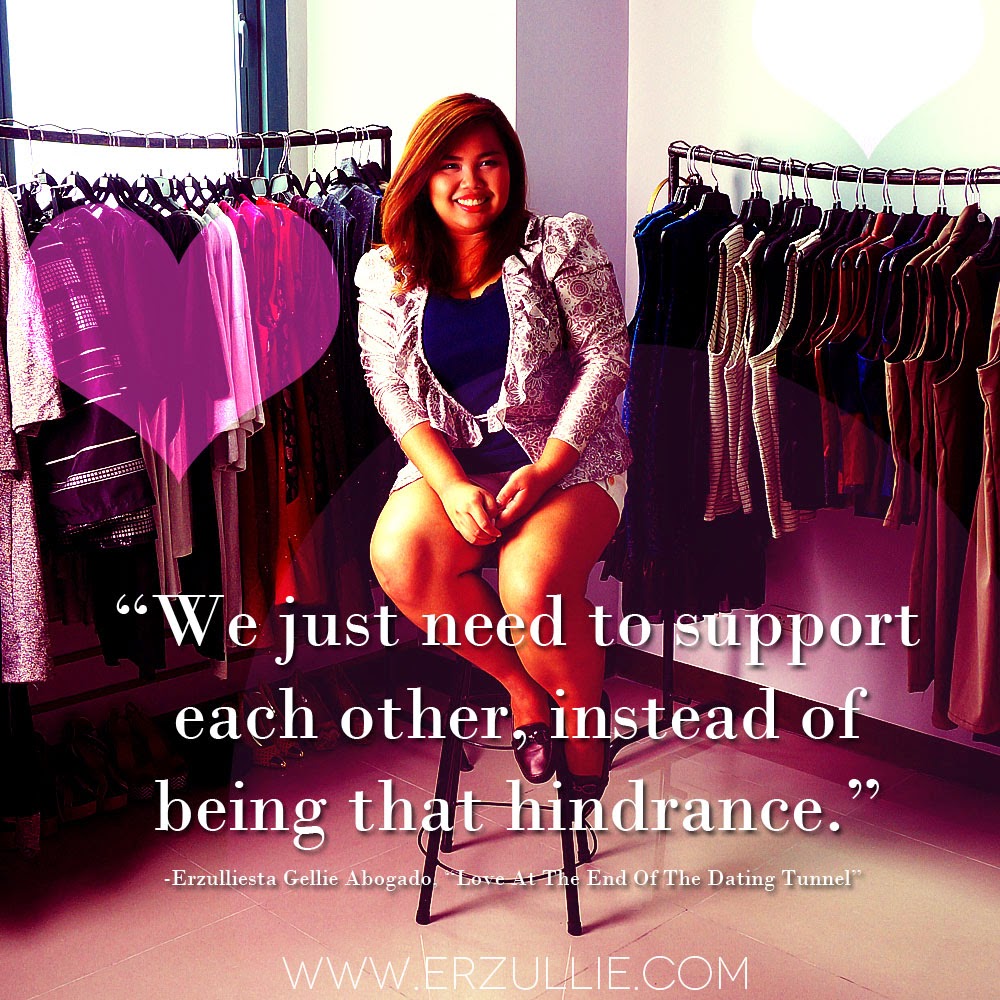 During the holidays, since I just stayed at home and never had much to do that's when I felt that I kind of miss him and would want to converse with him and see him more; but since he had work during the holidays, there was rarely a chance.

But then, I needed to step back. Just because he cannot always talk to me or see me because of work does not mean he doesn't love me. It's just that we have already set our priorities and we just need to support each other, instead of being that hindrance. What I did? I went to his office on Christmas Day and became his muse while he was working. He appreciated it!

#5 How about some real-life advice on having a healthy relationship? 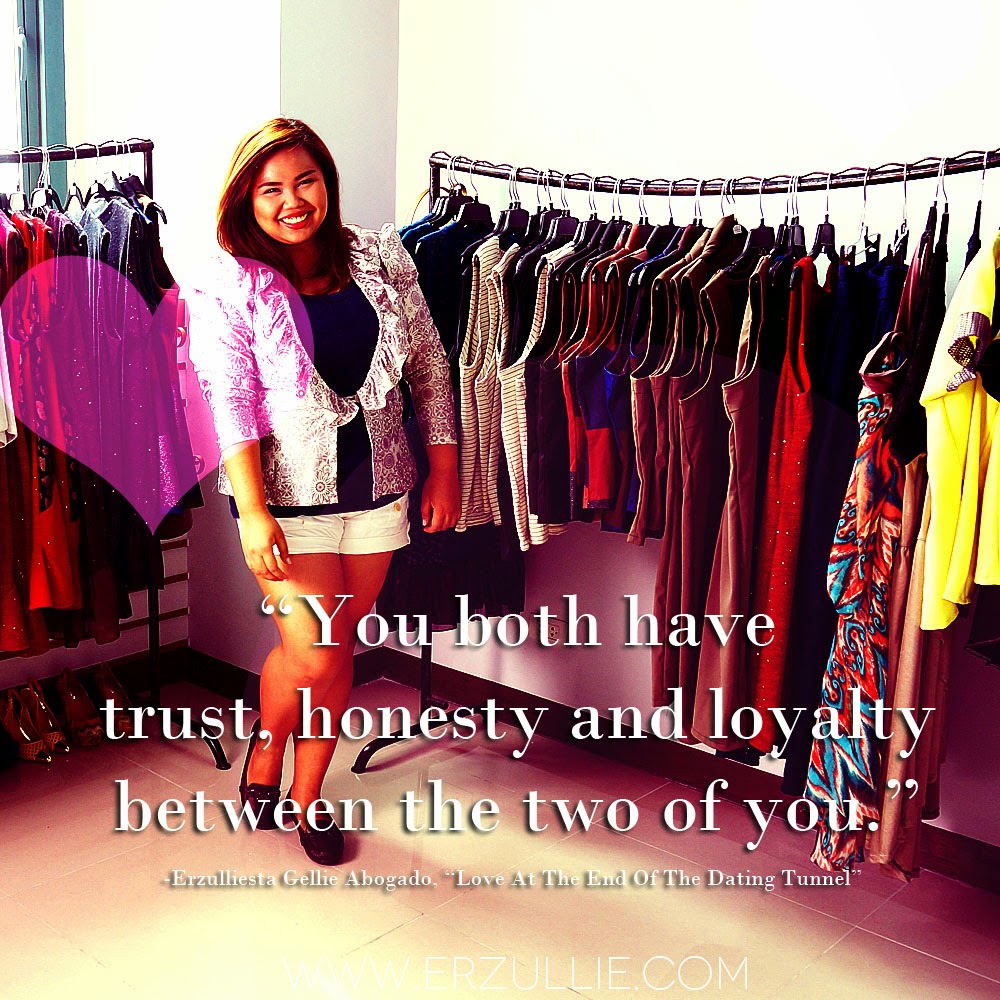 I guess it's important that you both know and understand each other's current situation in life and that even though you don't get to see or talk to each other all the time, you both have trust, honesty, and loyalty threading between the two of you.

Email ThisBlogThis!Share to TwitterShare to FacebookShare to Pinterest
Labels: ERZULLIE, PHILIPPINES, PLUS SIZE, PLUS SIZE DATING, PLUS SIZE FASHION 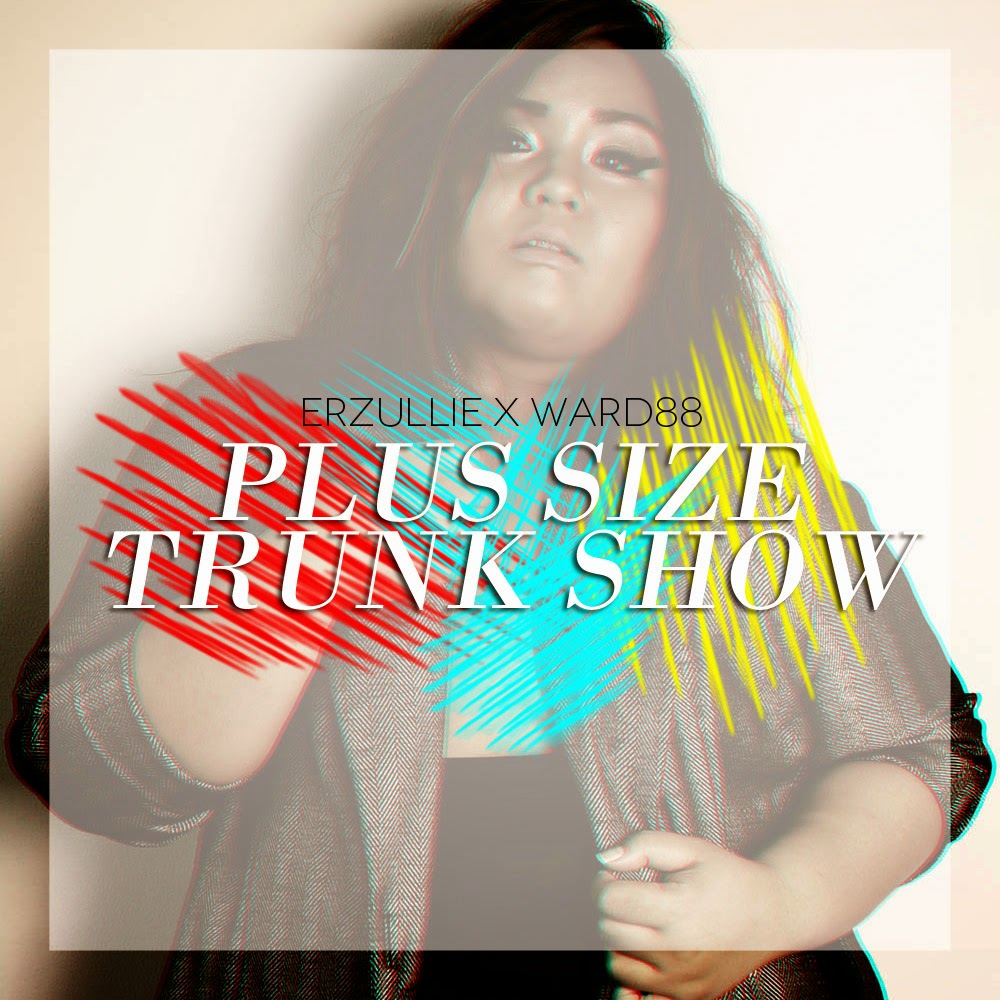