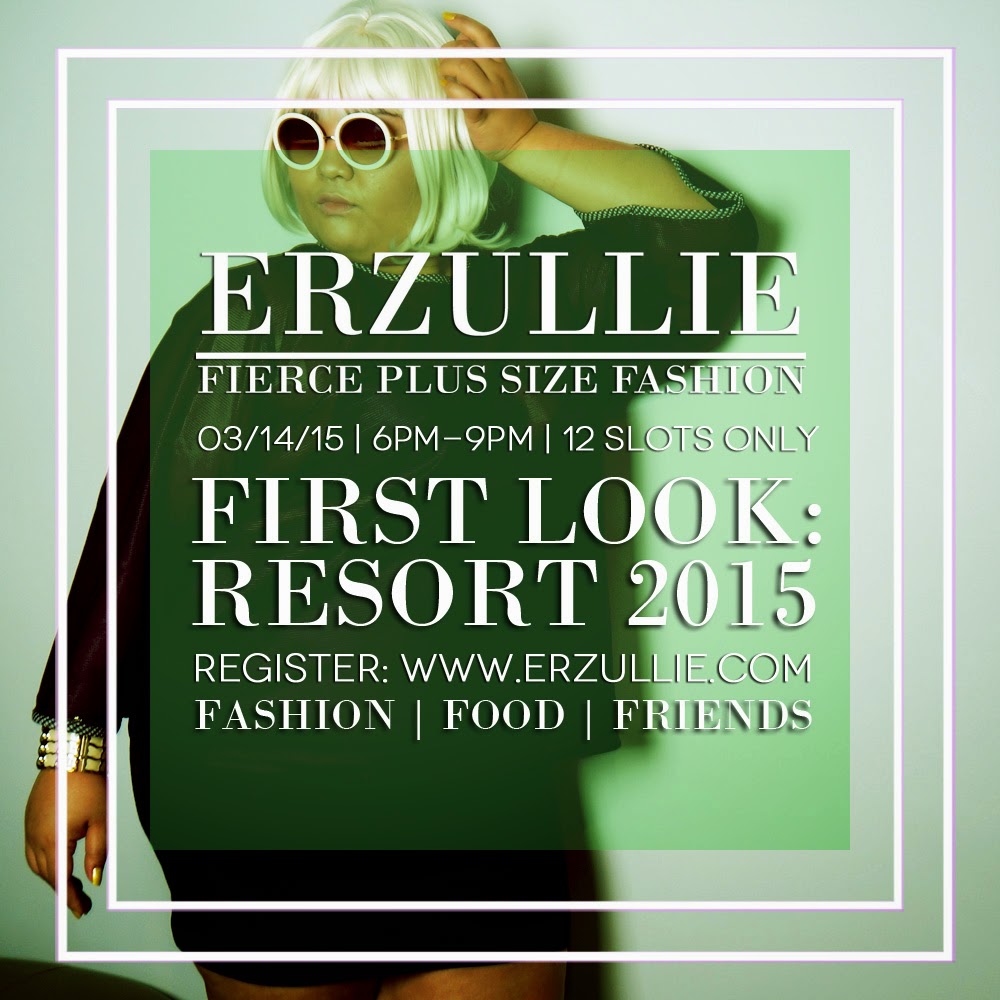 Be the first to see and buy Erzullie’s Resort 2015 collection, get to mingle with fellow Erzulliestas and enjoy 50% discount on past collections! Cash/Master Card/Visa are accepted.

Thank you for all the ladies that registered! 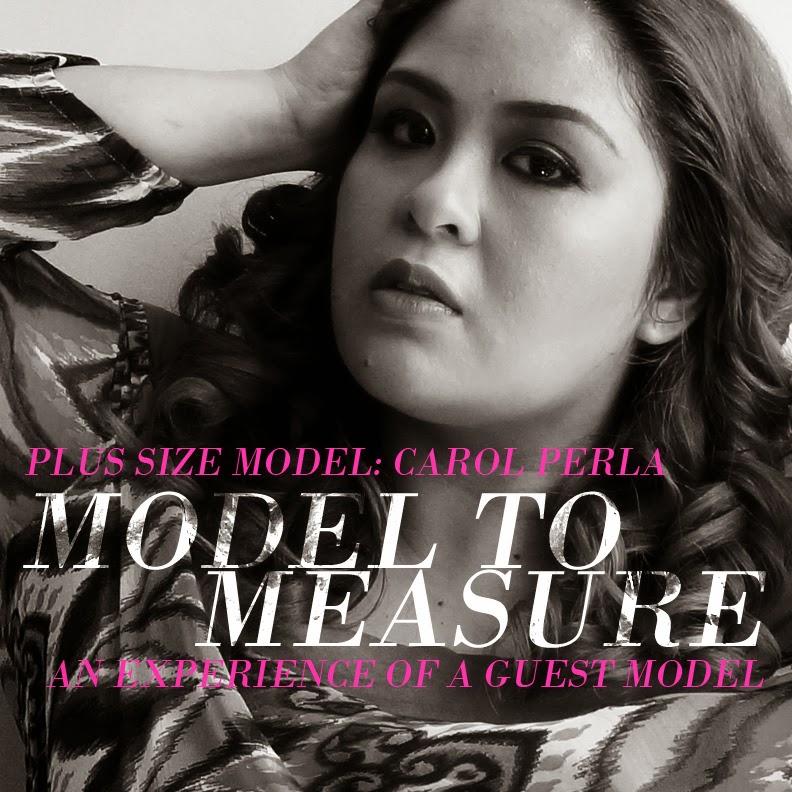 Plus Size Model, Carol Perla, has recently graced the pages of Erzullie. Here, she discusses her experience with the team and her future plans as a player in the plus size fashion industry.

#1 You have recently become a guest model for Erzullie. How did it happen? 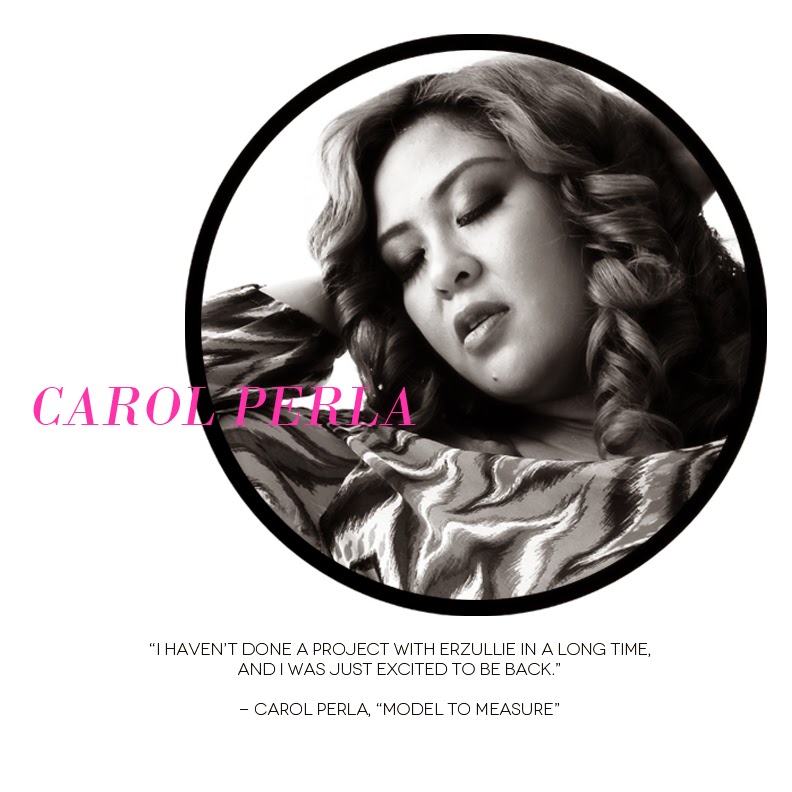 I was at a wedding gig and Aries contacted me later that evening. She asked whether I was free the following day to do a shoot for Erzullie. She hadn't even discussed the terms of the shoot and I just automatically said "Yes!" I'd love to work with you guys!

I was over the moon with happiness. I haven't done a project with Erzullie in a long while and I was just excited to be back! It was just plain awesome to be working again with Aries and Berna!

#2 Why do you think out of all the models that the brand knows, they asked you to step in? 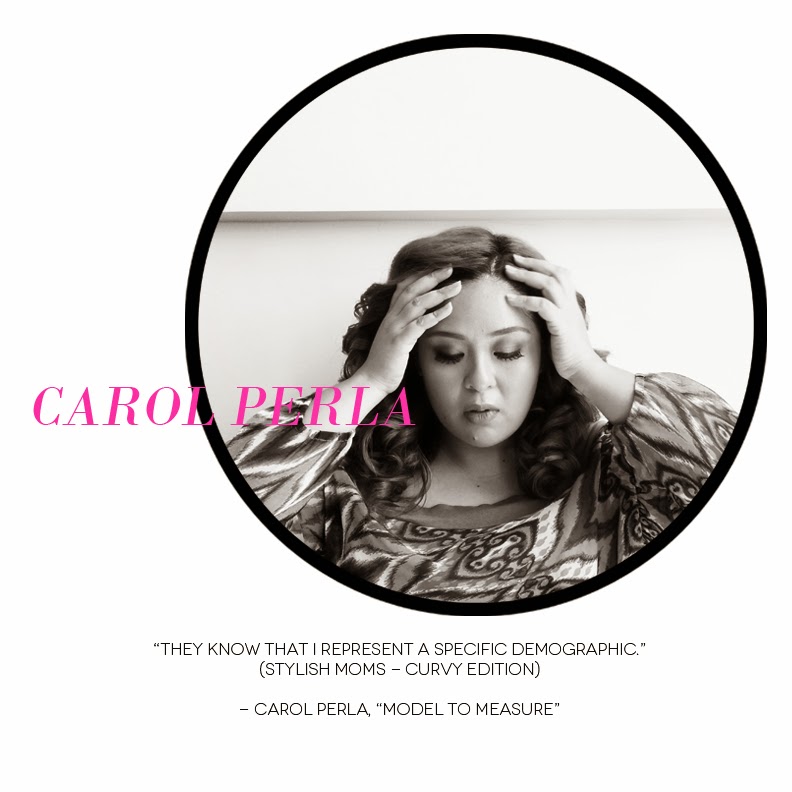 Hmm. I think because Aries has a secret crush on me hahahaha! I think they've chosen me based on my line of work over the years, and I feel that they know that I represent a certain demographic :) . I think they also want to try a new model for their OOTDs. A fresh face never hurts! Haha. But yes, maybe Aries does have a secret crush on me. Just kidding Aries!

#3 During the shoot, what was the most memorable part? Why so?

For me the most memorable part would be the in-between and post-shoot story sharing! I've never gone to any Erzullie shoot that wasn't punctuated with laughter and giggles. These girls know how to have fun, and time with them is just time well spent. There isn't a dull moment in that showroom

#4 Was it hard doing the shoot? Why or why not?

Yes it was a challenge because I had to do a lot of different outfits -25 outfits is no mean feat. However, Aries and Berna were very organized and detailed so it wasn't that hard at all. Funny thing was that they mentioned that this shoot was one of the quicker shoots they've done so far. We had a bit of time to spare in between shoots.

#5 You have been part of the Erzullie family for so long already. Is an Erzullie Iconship not far for your career? Why or why not? 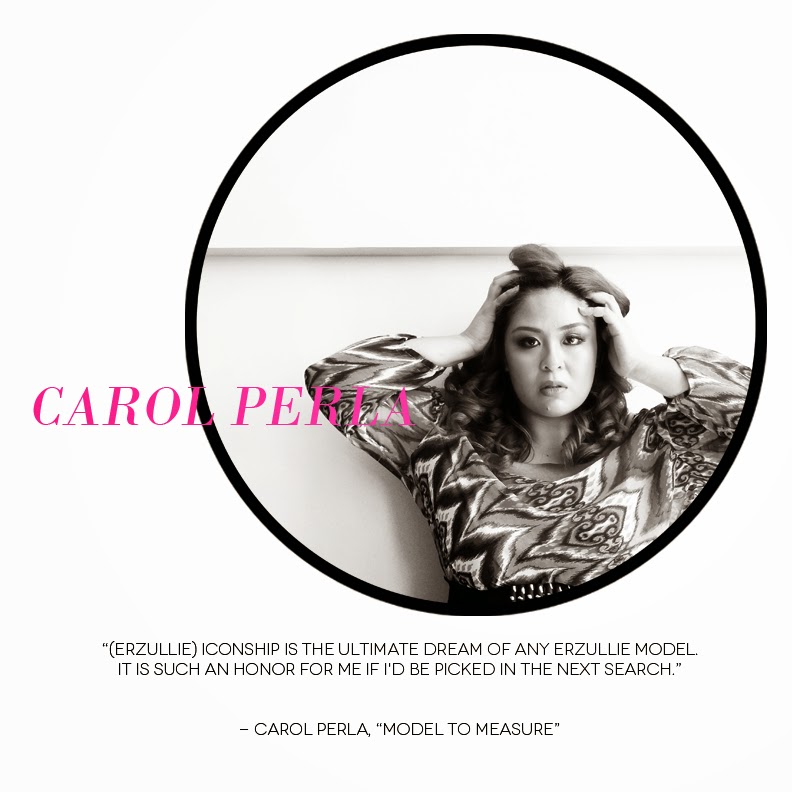 Hahahaha! I have always wanted to be an Erzullie Icon. I've tried out in the past but keep missing on the later legs of the Icon search. Iconship is like the ultimate dream of any of the Erzullie models! It is such an honor for me if I'd be picked in the next search.

#6 You have also recently have the Estee Lauder stint. How did you get it?

A makeup artist friend referred me. She gave the Estee Lauder group my number and they contacted me for this stint. I was brimming with excitement. I've never worked for a label like Estee Lauder. How can I refuse?

The stint was fun and tiring at the same time. But it was a joy to work with the staff from Estee Lauder. They have a very loyal clientele and we had to make sure that we catered to their needs as far as makeup and skin care is concerned. I had so much fun trying out their cosmetics line! They have a makeup, fragrance and skin care line.

#7 What’s your next step after this? 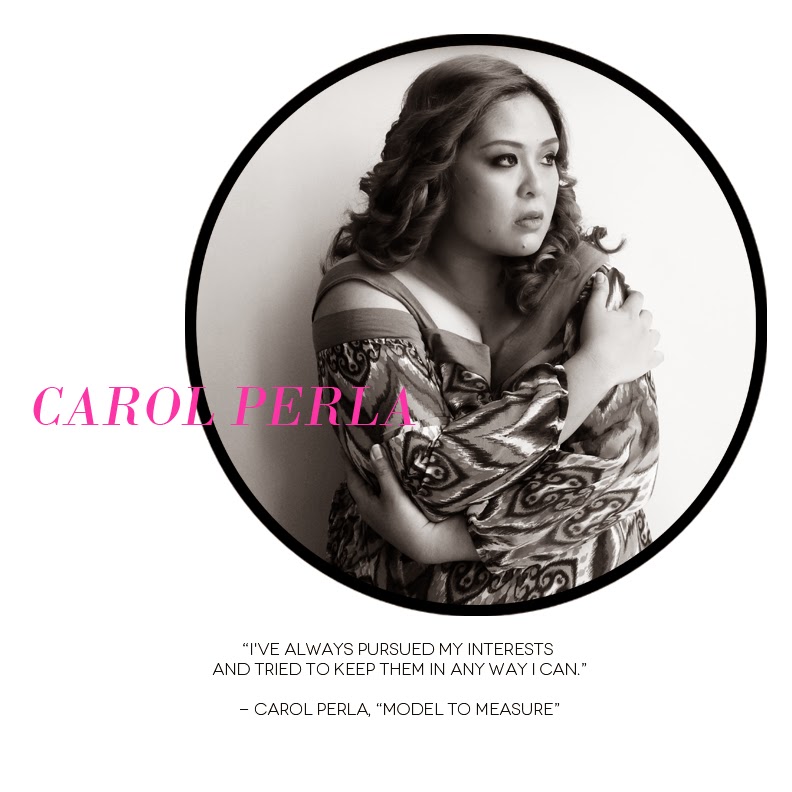 I've always pursued my interests and tried to keep them in any way I can. My next step is to probably expand my creative zest in photography, specifically portraits. I've done a few, and I am just excited to take photos of my makeup clients. I want them to see the beauty that I see in them. As far as modeling is concerned, Erzullie Iconship is definitely in my list of goals! Haha!

Email ThisBlogThis!Share to TwitterShare to FacebookShare to Pinterest
Labels: ERZULLIE, PHILIPPINES, PLUS SIZE, PLUS SIZE FASHION, PLUS SIZE MODEL, PLUS SIZE STYLE 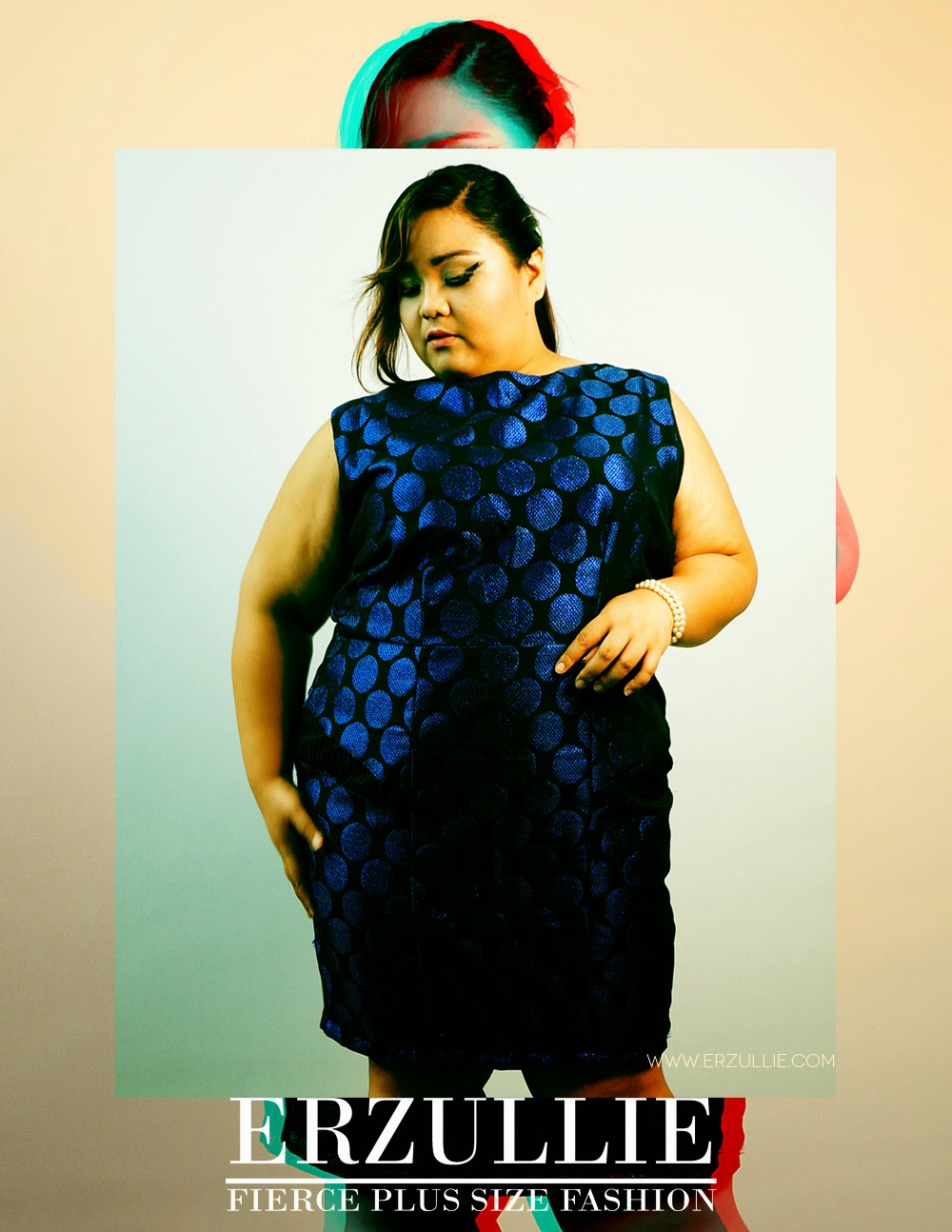 Start to expand your style repertoire! Embrace a little shimmer and construction for your curves. This dress is available at the Erzullie Showroom, Legrand II, Eastwood City, Quezon City. Book your appointment today!