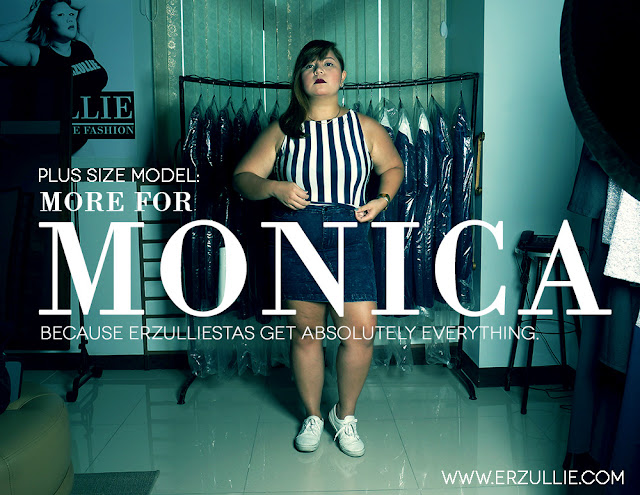 It has been a while since we have heard from Erzullie Icon and Plus Size Model, Monica Reyes. At the peak of her modeling career, she suddenly disappeared from the limelight. One would say that that would be a modeling career suicide, but then again she just emerged with a high profile career, a fresh sense of strong independence and a love story to share for everyone. If that was the trade off--- the returns are high. 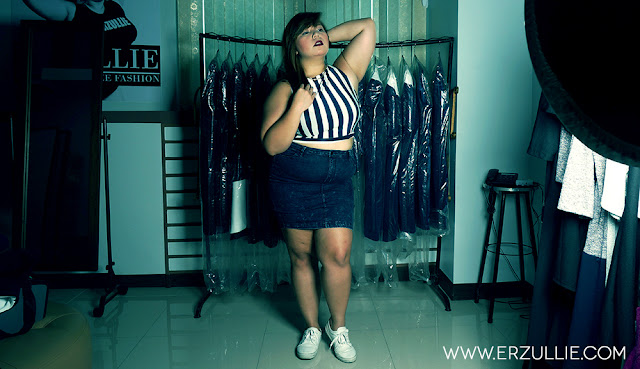 #1 The last time that we have heard from you was last 2014. What happened from then on?

I had to focus on my work as I was a Management Trainee then. The difficulty of being such is like being in college x 100; you work 9 hours a day, study ‘til the wee hours of the night, wake up early in the morning to go back to work plus, the pressure of being able to pass the exams cos otherwise, you are obliged to leave and be unemployed. Also, the distance of my workplace from home was unbearable, which forced me to stay near my workplace, leaving me only two days (which is the weekend) of the week to spend time with my family. To put it simply, my 2014 was all about study-work-family and a bit of social life. Because of this, I needed to stop modeling for a while.

But I am definitely going back to modeling soon. Truth be told, modeling has really been part of my frustration and passion. Not only could I express myself but I too could inspire others, especially plus size women, to be happy about themselves. 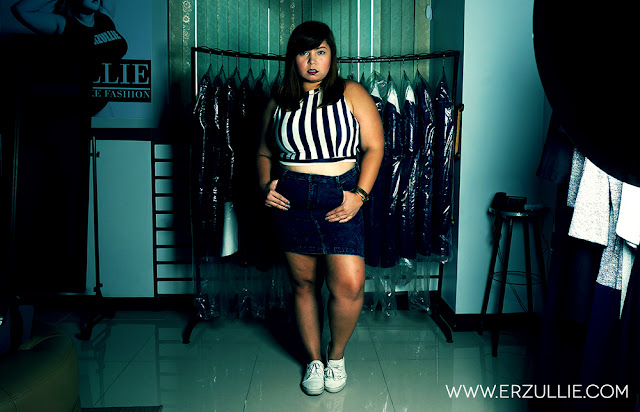 #2 Heard from the grapevine that you are in a new relationship. How did that come about?

No kidding, I got attracted to him the first time I saw him. I remember how I’d tell him (‘til now actually) that I have a crush on him – and that’s because he’s really gwapo in my eyes (yiii haha).

More than that, I got attracted to him cos he was such a genuine person, no pretentions. He would say things and do things because he mean it and not because someone asked him to nor was he forced to.

I appreciate the fact that despite him being in school, he would make time for me and do simple gestures such as bring me to work, pick me up after work, have dinner with me, study with me et al. It’s also a plus that I am (mostly) his firsts; his first girlfriend, first girl to introduce to his family, first beach trip and many more.

I’m not saying that just because I’m his first means that things are a lot different than those who are not.  All I’m saying is that me being his first supports the fact of how genuine of a person he is.

I believe that what made me attractive for him would be the fact that I am not judgmental, intelligent, understanding and simply, a happy person. Being non-judgmental is such a huge factor because I am certain that everyone is being judged by so much people in so many angles; hence, me being non-judgmental allowed him to be himself.

When I met him, really, trust me, I wasn’t looking for one. Back story, I came from a 5-year relationship; almost got married even. But then, things didn’t work out due to reasons I need not to discuss. Until I remember this tarot reading session I had with a good friend who told me that there will be this one guy who would change things for me. And by change, I mean would make me happy than that of my past. Certainly, it’s a 360-degree turn. From almost settling down then going back to square one. 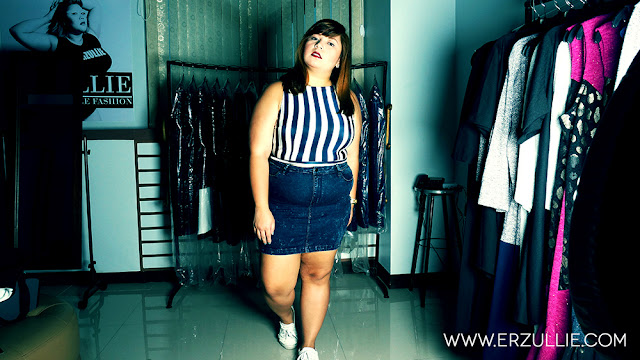 Personally, I believe that you cannot look for love because then, you’ll be forced to love and settle for what’s not meant to be.

A simple metaphor would be shopping; you are looking for a dress so that you have something to wear to your friends birthday/wedding/whatever, and yet you don’t find that dress that perfectly fits you so you settle for whatever dress you see that’s your size, fits budget and the motif.

Yes, you may have found something to wear but you were forced to settle on it just so that you’d have something. And after a while, upon realizing that you didn’t really really like that dress, you give it away.

Just like love or being in a relationship, you may have found a girl or a guy whom you think matches you, but looking deeper into it, s/he is not who you really need and want. That’s why most people don’t really fight for their relationship; they easily call it quits and give up. Why? Because they settled for something/someone that’s not for them. 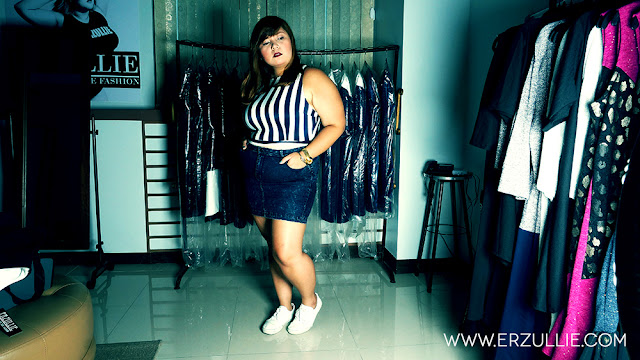 #4 Do you think that being a plus size woman hinders you from getting relationship? Why or why not?

I don’t think that being a plus size woman would hinder you from getting into a relationship. Simply because it is the mind, the heart and the soul of the person that are connecting. Not their thighs, not their arms nor their tummy. Because a person who truly loves you, would love you for who you really are.

At the end of the day, this is what I think about plus size dating:

First, never settle for something/someone you do not deserve. Remember, you deserve nothing but the best. Next, just be who you really are. If it doesn’t work out on the first date, thank God. Because it would be such a waste if it cost you X number of dates for you to realize that he’s not for you.

Fourth, always learn to leave something for yourself. Most plus size women are afraid that no one else would love them, other than their present guy. Thus, they bow down to whatever their man tells them to even if it’s against their principles and in the end, leaving the woman with nothing cos the man took everything away. Remember, if a man loves you, he wouldn’t want anything but the best for you. So if he wants or asks you to do otherwise, girl, drop it.