PLUS SIZE DATING: THE MESS THAT IS ONLINE DATING 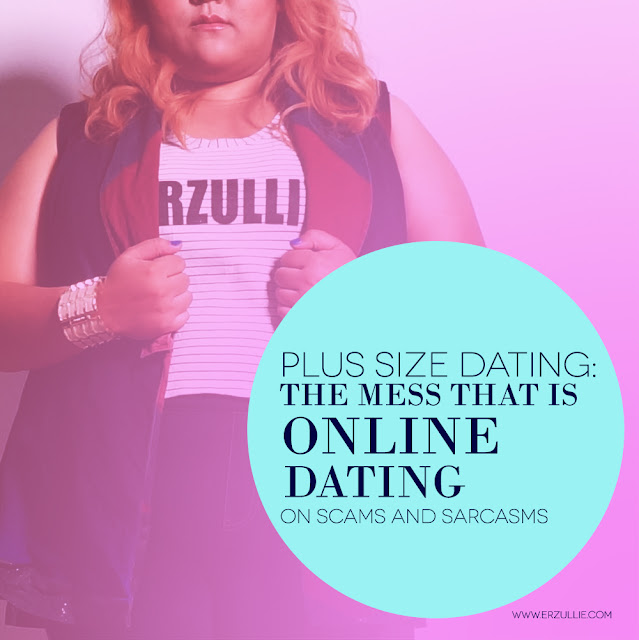 Online dating --- is it really the next best thing in relationship or just another way to get hurt?

There are so many dating apps out there right now. In fact, it seems like any form of social media up can become a dating app already. You meet people. You say hi. You guys click and then all of a sudden, it’s relationship unknown.

Hearts can get healed up. Hearts can get broken. Things can either go clear or vague. Online dating is such a mess sometimes. I feel as if it made relationships even more complicated than it already was before.

And with the acceptance of many forms of relationships --- monogamy is starting to become a distant memory of the past. The concept of “free love” and “sharing love” --- the “let’s see where this goes”. Sometimes, I wonder if we are all just afraid to gamble with our hearts because we have seen the effects of it on people who did and lost greatly.

We don’t want to be that person anymore. So we start to strategize. We start to either hide behind our profiles or slowly open up to people who will take interest. It’s really a mix of two opposing factors when it comes to relationships. In social media, you want to open yourself up to love, but you have to be so god damn careful on what you show, what you do and what you say.

Scammers are abound and even worse --- people who are just playing around. And in that moment that you are really just a great woman looking for a man who would expand her universe, you wonder --- why did I end up in this mess?

And even if you did find the love of your life online --- why do they have to be so far? And there are people, who do succeed in bridging that gap and finding their happy ending. What of the ones who are trapped geographically? Is the online life that they have for each other the only reality they will ever know?

I have so many questions about online dating sometimes. I have seen some of my women go through it only to end up being scared at the last minute and these men acting as if my women owe them something.

Let me tell you one thing, ass wipe. No. It’s an honor to meet my friend. Because egotistic guys like you? So common. But an independent woman who has everything already and don’t really need you but the pure love that you may bring? Ha. F*cking rare.

But, as an optimist, I just really have to say one thing --- maybe there is also an independent guy out there who also has everything and don’t’ really need my women but the pure love that they bring. And maybe, just maybe… the Social Media gods would be kind enough to finally make them meet this way.

So here is to hoping that beyond all this mess that is online dating, there is a ray of hope. And I just hope that all of you lovers out there just keep on finding for that fairy tale ending that all of you definitely deserve.


Erzullie is an invite-only fierce plus size fashion designer brand from the Philippines dedicated to serving the style of the empowered Erzulliesta. Shop online: www.erzullie.com
Posted by Erzullie