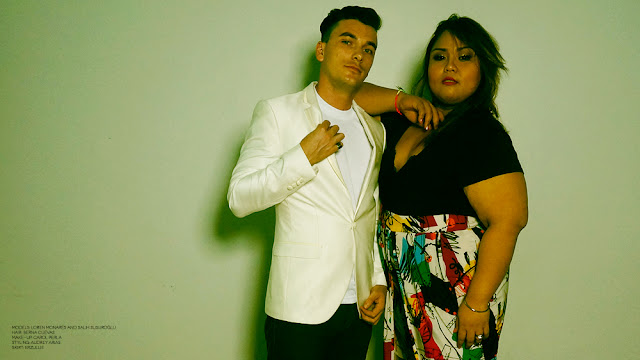 Erzullie Icon and Plus Size Model, Loren Monares, just got her love story turned into a TV episode of GMA-7's Maynila. Check out her thoughts and what is the real score of her love life, from what the special told.

#1 From the last interview, you and your current love were just starting. It is more than a year now. How is the relationship going?

It was an awesome journey. Although I must say it was never easy, especially that we had to deal with a lot of differences we had (culture, language, etc). I’m just so happy that he was very patient enough to learn and get to know me, my culture, family and friends. As time passed, we got to know deeper and understand each other. The love we had for each other strengthened even more as we got to know especially the “bad” sides.

There are a lot of challenges recently, given the many differences we have.

First in the list is the language barrier. We all know that communication is key in a relationship and that was the first challenge we encounter. He arrived here in Manila with close to zero in English communication. He can read though, but had difficulty in articulating it, especially when in conversation.

Next would be difference in culture and background. What is acceptable here may not be acceptable in their place and vice versa. The list can go on, but hey, we are still here and day on day we try to work together to overcome these.

I believe the key to overcoming these differences is having the open mind and acceptance. When I say open mind, I mean having that awareness that we are different and we may have disagreements to many things, but having that effort to put oneself in the shoes of the other to understand where that person is coming from. After realizing that, it’s important that you accept that person despite the difference.

I must say that I have improved so much when it comes to having more patience and understanding towards others when I met him. He taught me a lot about having patience towards a person and sympathy. 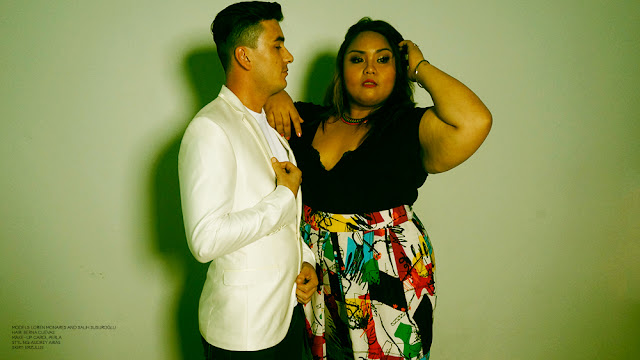 Yes, of course. I saw how he can be hot tempered at times when I don’t seem to understand him or when he is not comfortable in a particular situation.

Although I know it’s normal, everyone gets upset. But for him, when he gets upset, he tends to show it at that very moment, even if we are still in front of my friends or other people. But whenever that happens, I just try to tone him down and tell him we will talk later. I just explain to my friends afterwards. I know it can be very difficult for him and it mostly refers to differences in our culture.

Of course, he has seen my bad side as well. He is very vocal about it though, so we get to discuss it. For example, I tend to be everywhere in the place when I’m with friends. One time, he was talking to me and I wasn’t listening. He was telling me there’s nothing he can eat in that restaurant that we, together with some friends, where going. Since I did not hear him because I was so busy around, he ended up eating nothing and just waited for us to finish. I know it was so mean for me not to consider him and I have improved a lot from then on.

#3 If you guys have already seen each other’s bad side, why continue the relationship?

I believe that the true measure of love is when you are still willing to continue to love and be with the person above all the bad sides of that person, knowing for a fact that all of us have our own imperfections. It’s when you accept that person wholeheartedly, so long as both of you complement each other to build a perfect relationship.

That’s what I saw in our relationship. After every problem or misunderstanding, we try to talk to each other and try to sort it out. What I want about him is that he tries to open his mind and try to understand even if it’s far from how he was used to back in Turkey. And same goes for me. I try to listen to his side and adjust when necessary. 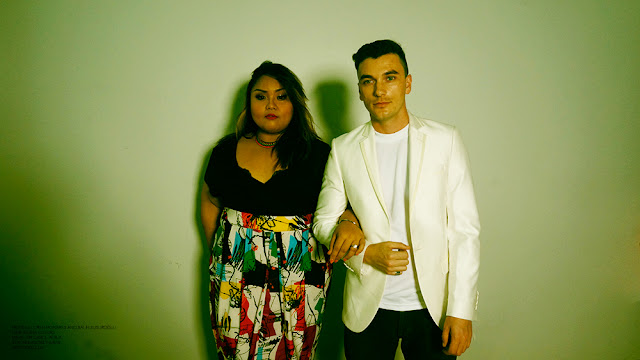 #4 You have recently been approached to make this love story into a TV special. How did it happen?

My friend, Meryl, who I met through Erzullie since she applied to be one of the icons, recently, took on a job in GMA as writer for Maynila. Thinking of a story to write and submit to her boss, she approached the Erzullie family for a true to life love story she can write about.

If I remember it right, I was in a meeting that time and when I saw our viber groupchat that many were “volunteering” my story, I agreed to it (hahaha).

Of course, I wanted to help Ems at that time given she was still starting with her job and she needs to produce a good one. It all happened same day, by the way. From the asking for my consent, to sharing our story over the phone, to writing the outline, because she needed to submit her output midnight. And yeah…everything happened so quickly! Hehehe 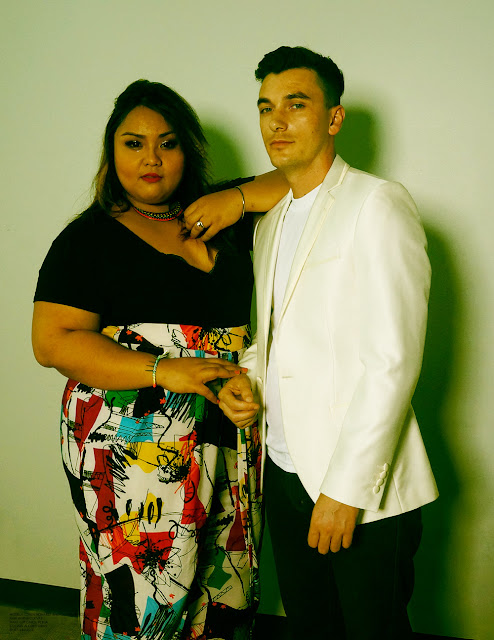 #5 The episode already aired. What are your thoughts about it? Why so?

I was very excited at the same time nervous of the final outcome, given we didn’t really get to see the whole episode and only witness few scenes in the shoot.

A lot of things running in my mind that time, what will my family say or friends say, given not all really know that part of my life and also because there are creative scenes in the episode. I know I can’t explain to all of them haha.

Saturday, March 18 happened..it was 8am when mommy messaged me to get ready (by the way she demanded I take live video so she can watch real time from Chicago). I must say I was so happy with the outcome. We were giggling and laughing while watching, especially for those comedy scenes.

Cai and Fabio really did a great job! I remember Fabio was even asking Salih on how to pronounce or deliver some lines. Overall we were very happy that this project happened.

#6 Obviously there were some “creative licenses” made in the episode. Can you mention three things that you would like to be clear about?

Yes they had to inject some creative scenes in the episode to follow the format of the program. One of the few that they added was the airport or arrival scene of Salih wherein they made it appear like we didn’t really see each other in the airport and Salih only came to the showroom.

Actually we did meet in the airport, I fetched him. What really happened was he spent more than an hour in the immigration office because they had a hard time talking to him (that time he we was almost zero in English communication) so they couldn’t really get the reason why he is visiting in the Philippines.

Good thing he was able to connect with the wifi (thanks to Google translate).

Second, I never had any encounter with a gf of a guy I dated with! Although I dated with a guy who was in a relationship already before, but I wasn’t aware and there was no encounter. When I learned about it, I just ended our communication right away.

Lastly, was when he was having problems with his visa extension and decided to go back in Turkey. What really happened was he decided to stay here longer to grab a chance to be with me longer and build our relationship. He didn’t go back to Turkey….not yet. 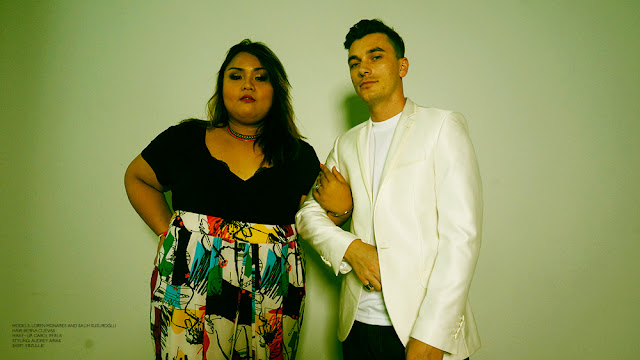 #7 You are now recently engaged! How did it happen and what are your thoughts about it?

Yes! He proposed during our anniversary. It was a very sweet surprise and no words can express how I felt during that moment... I think my tears just explained it.

It was a simple, spontaneous yet very sweet surprise…literally, when I went out of my office (it was more than 30 mins past my time off), he was waiting in front of the door. I felt there was something because normally he would wait for me at the side of the building. He then approached me and said these words “I have a surprise! Surprise” and gave me a big smile haha.

I thought it was another phone case! Hahah (because I got so hooked into phone cases when I received my new phone) and he has bought me 2 already. So I thought this is the 3rd one.

He said no it’s not, this is special… and brought out the small box, I suddenly had goose bumps all over me! Like everything stopped for a moment.

To be honest I can’t recall if I really said yes…all I know is that my tears just fell down and he just hugged me. I remember he even joked around and said “You not say yes? You not accept?” haha my sister then arrived (which he invited to join us and 1 more cousin) and we had a good dinner to celebrate that night.

There’s so many things to plan ahead… when to visit his place, when and where to marry, where to settle.

If I just think about it, it can be overwhelming. But we know we have to take things one step at a time. No rush. I think the proposal was an assurance that both of us are willing to spend the rest of our lives with each other. That we will work together towards achieving our dream of having a family. That no matter how complex it may seem given the situation, we will get there and work it out. For now, I am just cherishing the moment with him.

#8 What are the life lessons that you would like to tell other Erzulliestas when it comes to your love life?

First, have faith that the right man will come to you. From my past, I thought that was it that’s why when it failed, it took me time to understand what went wrong. But God gave me my family and friends to help me go through it because He was preparing me for a much bigger plan.

Meeting Salih was the bigger plan. Being in a relationship with him was never easy given all the difference we have. But as I said, in a relationship, it takes both parties to work for it to be successful. No matter how hard or how many differences you have, if both are willing to make it work, then it will happen.